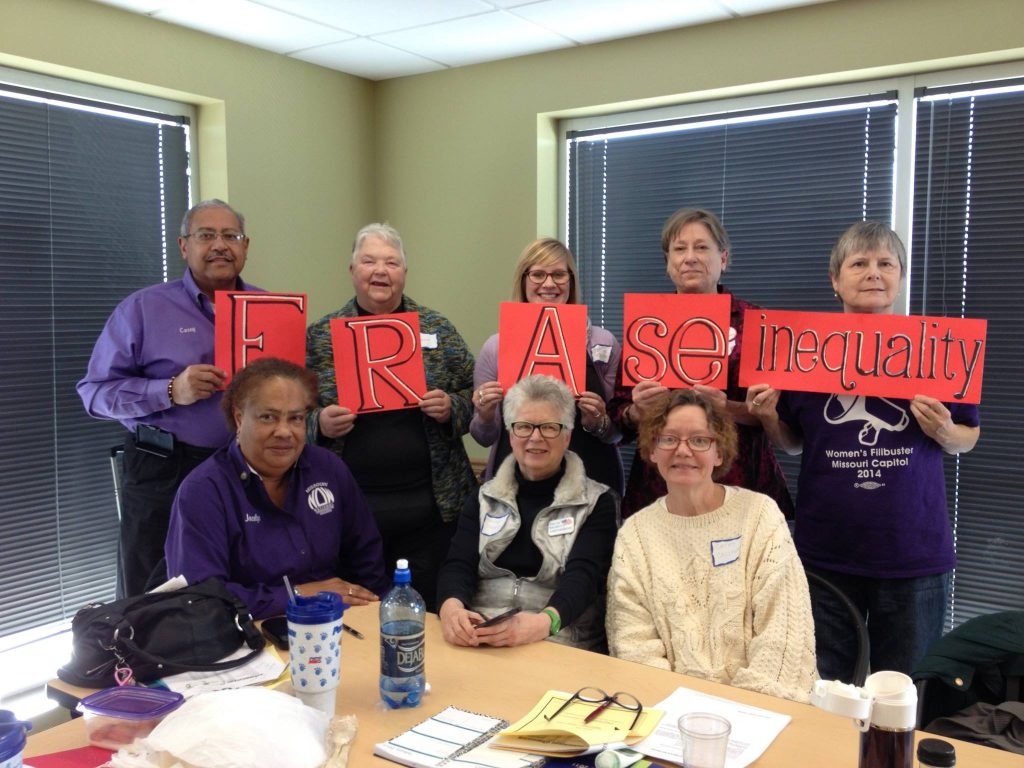 Missouri NOW is an organization of chapters from every area in Missouri that’s been fighting for equality and justice since the 1980’s.

We are primarily supported financially through membership dues and contributions. Membership is open to anyone who believes in the mission of the organization.

The National Organization for Women (NOW) is the largest organization of feminist activists in the United States. NOW has 500,000 contributing members and 550 chapters in all 50 states and the District of Columbia.

Since its founding in 1966, NOW’s goal has been to take action to bring about equality for all women. NOW works to eliminate discrimination and harassment in the workplace, schools, the justice system, and all other sectors of society; secure abortion, birth control and reproductive rights for all women; end all forms of violence against women; eradicate racism, sexism and homophobia; and promote equality and justice in our society.

There are no upcoming events at this time.

The purpose of Missouri NOW is to take action to bring women into full participation in the mainstream of American society now.

Learn more about us.